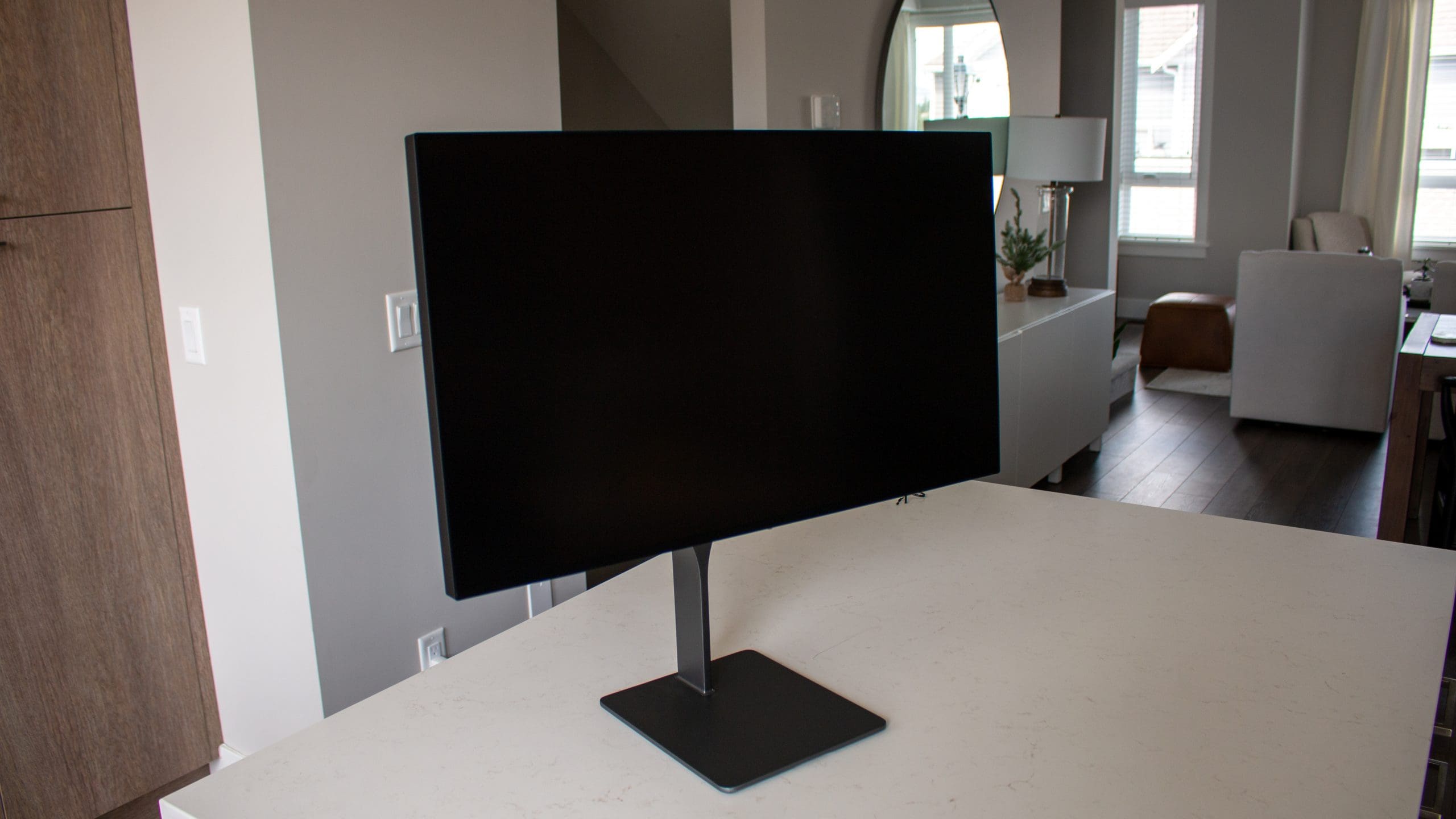 First Impressions of the Eve Spectrum

This is part of an ongoing series on the Eve Community forums.

This will be my first post with some actual hands-on time with the Spectrum, but it most definitely will not be the last! I plan to answer as many of the community’s questions as I can about the Spectrum as well as the topic I listed above!

Now on to what you are here for! I received the Spectrum Wednesday afternoon and was pleasantly surprised with the packaging! It was incredibly sturdy and made entirely of recyclable materials which is amazing. It did not have the print, but for launch they have the print, and it will make it look even better! For those who love a good unboxing, I do not believe they will be disappointed.

I was so captivated by the Spectrum itself that I did not take any photos of the box, so let me know if that would be interesting and I can go ahead and take some images to show you how it is made.

With that being said, the Spectrum is the main attraction, and it is a beautiful monitor. As someone who prefers something more neutral and sleeker, the Spectrum ticks all those boxes and more. The base is incredibly strong, made entirely of metal, while the monitor is just stunning with its entirely black frame. �K

The Spectrum has a joystick and a power button. The joystick has four directions which are up, down, left, and right. You can also press down on the joystick. It is a very tactile joystick with a satisfying click. The power button though is a little mushy compared to the joystick, but not terrible.

My previous office setup included two 1080p, 60Hz monitors. A 23-inch Acer, and a 27-inch Acer. Unfortunately, the 23-inch monitor did not have a VESA mount so for the time being I have been propping it up on some books to keep it level with the other monitor. The Spectrum I received replaced the 23-inch Acer monitor, and the books it sat upon, and I currently have another Spectrum on order which will be replacing the 27-inch Acer monitor.

For those doing a similar upgrade as I am doing. My impressions thus far are that 4K, 144Hz makes a DRAMATIC difference for work and for play. In Windows 10 I am noticing some subtle animations that I had no idea existed in the OS. Text and colors are much precise and clear compared to my previous 1080p monitor and gaming is simply a joy, especially with HDR enabled.

Though the experience with the hardware has been quite positive, the firmware specifically still needs refinement. When I first received the Spectrum, the monitor was unable to wake from sleep. That was fixed with version 090 which was available at the time, but I had not yet updated. Updating the Spectrum Firmware is thankfully easy. It simply requires downloading an updater on your computer and connecting the computer to the monitor via USB type C or B.

Currently, I am running firmware version 092 which has improved HDR, among other things. It still has some bugs. While playing Doom Eternal and Horizon Zero Dawn I ran into an issue where the monitor would lose all color and become black and white during cinematics or when a notification popped up from Microsoft Teams. I could easily fix the problem by turning off the monitor and turning it back on and it happened infrequently enough that it did not stop me from playing far more than I should have as I just lost track of time 😊

Eve and the firmware team are fixing bugs as we find them though and have been extremely transparent during the entire process. So far, I am confident that Eve will have the firmware perfected for the launch at the end of June and am excited to receive my second Spectrum!

Sorry for such a long post. If you read this far, thank you! Stay tuned for more content, sooner rather than later. I plan to share some PC game play and share my thoughts on gaming with Spectrum and the Xbox Series X next!