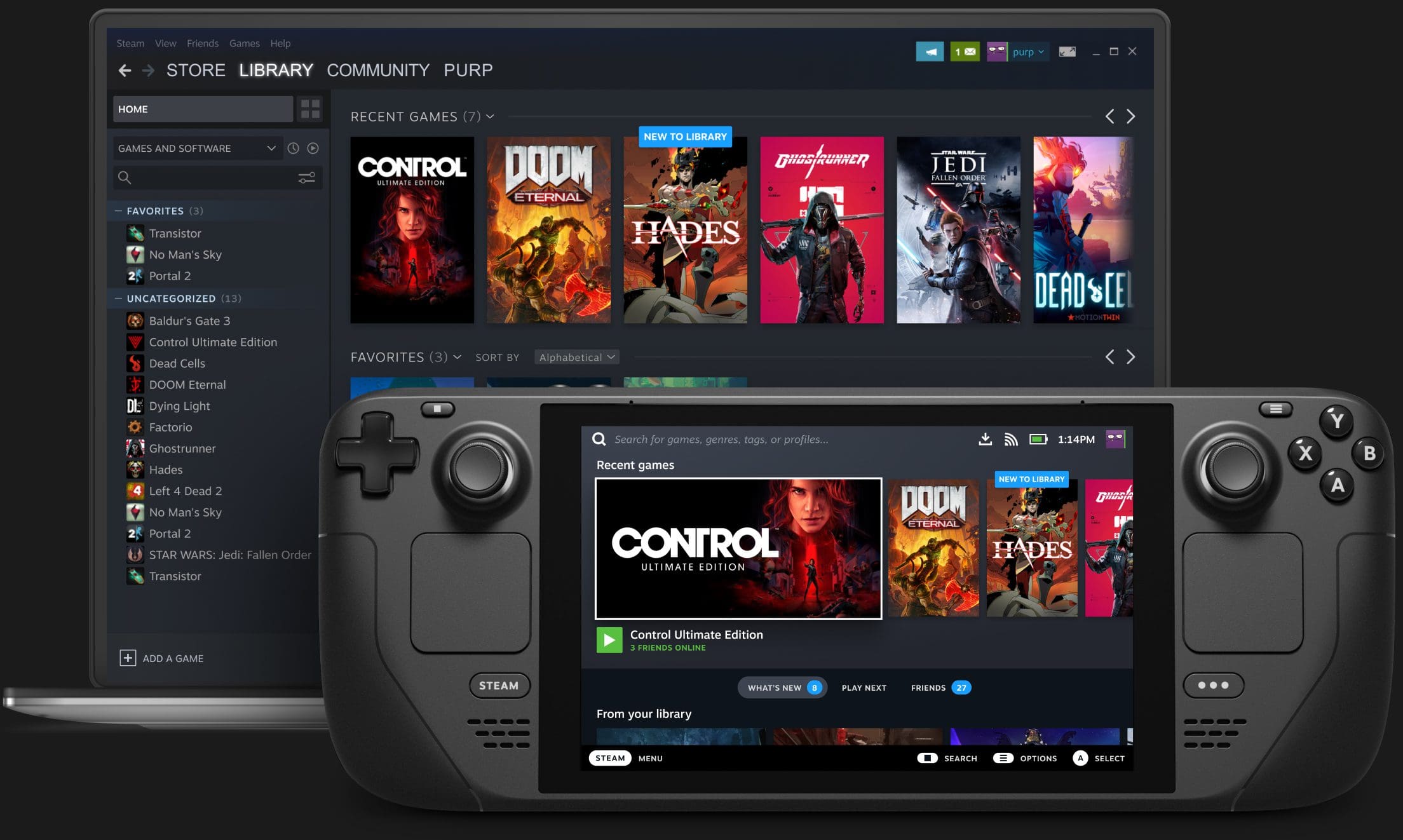 Why Valve is Releasing the Steam Deck

Earlier today Valve announced the Steam Deck, a handheld PC built with custom hardware with the support of AMD. The device itself is incredibly interesting, sporting a quad core Zen 2 CPU with the latest RDNA 2 APU available. The device sports a 7-inch touch screen, with an incredible number of buttons that can be customized to the users liking and even has their touch pad technology like on the Steam Controller. There will be three version at launch, all with the same hardware, but with the $399 USD version having 64 GB of storage, the $529 USD version including 256 GB and finally a 512 GB version for $649 USD.

Now what I said may sound crazy, but please hear me out. Valve makes a lot of money. Like a ton. But it primarily makes that money from the sale of games and software on its store front. The issue is that store front relies primarily on Windows where most PC game sales occur. For this reason, Valve has been trying to build their own platform for many years. They started by trying to get manufacturers to build what they named Steam Machine’s with Steam OS included with the device. When that never even saw the light of day, they tried many other methods of trying to own the platform for their store front with little success. In the background though, they continued to work on and improve their Linux game compatibility, all for a moment like this.

Let’s step back for a moment. With the launch of the Switch in 2016, handheld gaming became a phenomenon. It was always huge, but the switch brought power and portability to the market when handheld devices like the 3ds were arguably, only portable. With that success, many people/companies decided that they would try and bring handheld PC gaming to the market. Hence the successful crowdfunding of the Win3 from GPD and the Aya Neo that I brought up earlier. The devices more than successful crowdfunding campaigns were a clear signal to Steam, and to the market at large that there was pent up demand for devices in the handheld gaming category.

When reviewers tried the Win3 the device had mild hardware issues, but the main pain point was Windows. Windows 10 is simply not a great experience on devices of this form factor. The UI in Windows 10 is not great for touchscreens and the just generally too small to enjoy properly.

Now we come back to the present and the Steam Deck. The Steam Deck does appear to superior to the other handheld gaming devices that have been released thus far in the hardware category, but it is the software that, I believe, Valve sees the greatest opportunity for success. For one, hardware is incredibly difficult to make profitable. Consoles from Sony and Xbox are well known to sell at a loss, so that the manufacturers can then profit from game sales, accessories, subscription, etc. With that, and the fact that Steam is Valve’s main source of revenue, they will do everything they can to both grow and protect, Steam, their main revenue source. How do you both grow, and protect Steam, you control the platform (OS) on a growing hardware type and allow other manufacturers to use said platform for their hardware.

In the interview linked below, they actually share that Steam OS will be available to be used by other manufacturers and that they welcome other manufacturers to build these types of devices if the demand is there. Steam OS has been available for free since its release, but they (Valve) want it to come installed on as much hardware as possible as preinstalled software allows for higher retention of users. Simply look at Google, Apple, and Microsoft for the success of preinstalled software.

Steam OS is what Valve is trying to sell with the release of the Steam Deck. They want Steam OS to be the next Windows for handheld gaming devices as that will both grow and protect Steam for the foreseeable future. They are betting that by releasing Steam Deck, they can help push the category into the mainstream and propel Steam OS onto as many devices as possible. Valve has been trying to gain control of its destiny for as long as Steam has existed. They know they rely on Microsoft’s continued semi-open garden, but they do not want to always have to look over their shoulder to see if the monster is coming for them. With Steam OS rebuilt for handheld devices, and the growth of the hardware category, they are looking to make the experience better for users, while profiting from a growing hardware category that they hope to control. Only time will tell whether they win control over their own destiny or will need to try looking for the next opportunity to open itself up.

PS. I stand with the pun in the title.